Take a sneak peek into the future: The BMW Concept X2 gives us a glimpse on the 2018 version of the new BMW X2. Here's everything you need to know about the world premiere at the 2016 Paris Motor Show. 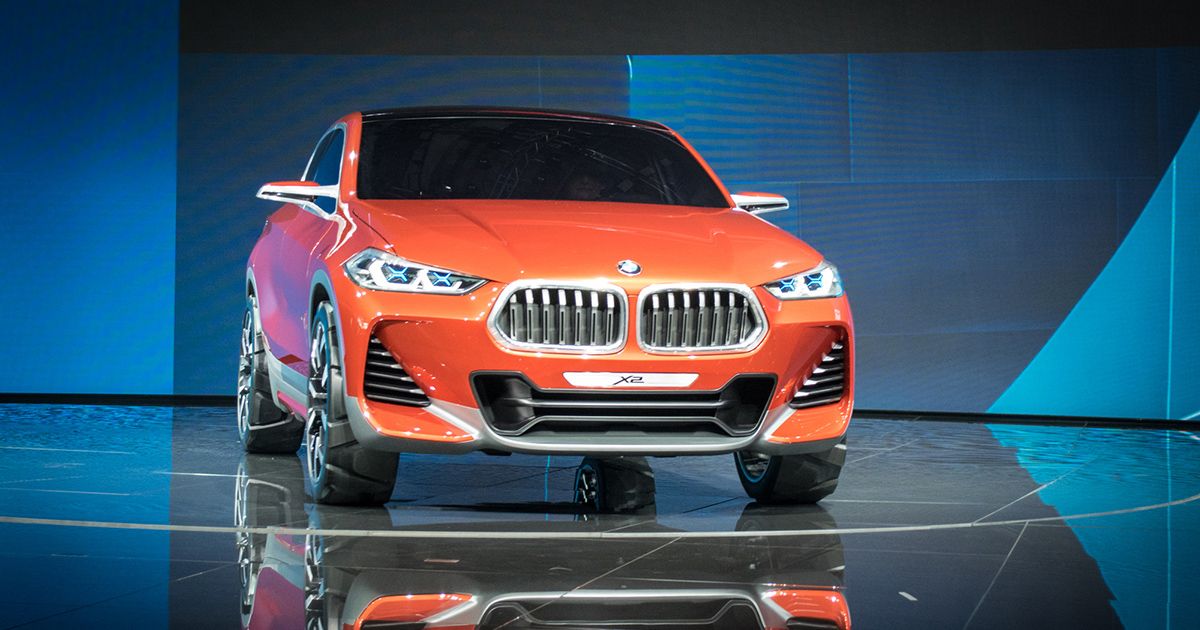 There is no doubt the Concept will become the BMW X2 in early 2018. Not only because the first test vehicles were already seen, but also Ian Robertson announced it shortly after the Concept car entered the stage.

The BMW X2 will be a compact Sports Activity Coupé – like the BMW X4 or BMW X6, but with an even sportier look. Based on the current BMW X1 it will “exude urban sporting appeal” in its segment – like BMW told through the press release.

“The BMW Concept X2 combines the fast-moving body language and low-slung proportions of a coupe with the robust construction of an X model“, says Karim Habib, Head of BMW Design, who joined the car on stage during the press conference. “This is a sporty vehicle with a bold character, and it allows us to open up some fascinating new design possibilities for the BMW brand.”
We like, what we see. Even the Concept already shakes the social networks. Seems like either you like it or you hate it – there’s no in between.

First, the window graphic is rounded off by a dynamic interpretation of the hallmark BMW Hofmeister kink, on which the logo on the C-pillar – a classically sporty coupe design cue straight out of the BMW history books – represents a singularly unmistakeable detail.

Second, there’s the front-end design with the newly interpreted double kidney grille and large air intakes to give the front end a slow-slung look. The kidneys are sited a little lower than the headlights, and the central air intake is closer to the road than the two outer intakes.

The kidneys turn the familiar trapezoidal shape of BMW grilles on its head and instead widen from top to bottom. This clear statement therefore accentuates the standalone nature of the BMW Concept X2, as well as the width of the front and the car’s solid stance.

We are not sure at this point if these two details make it into production. But we are pretty sure BMW is looking very deep into the discussions all over the web, if people like these details.
Same for the rear end. There the fresh interpretation of the lights’ familiar “L” shape frames the LED element as an illuminating three-dimensional sculpture that projects from the rear to eye-catching effect.

What we like most at the Concept X2: the front headlight. Their tubes help to give the classical BMW twin circular look a more hexagonal form. The laser light technology used by the headlights enables very slim light graphics, while the blue X in the centre of the hexagonal tubes adds a further technical accent.

We really looking forward to the production vehicle of the BMW X2. Expect to see it somewhere around September 2017 before entering show rooms in early 2018.