BMW is breaking new ground with the BMW i3 Pick-up Truck. The unique BMW will be used as a fast delivery service-car internally. 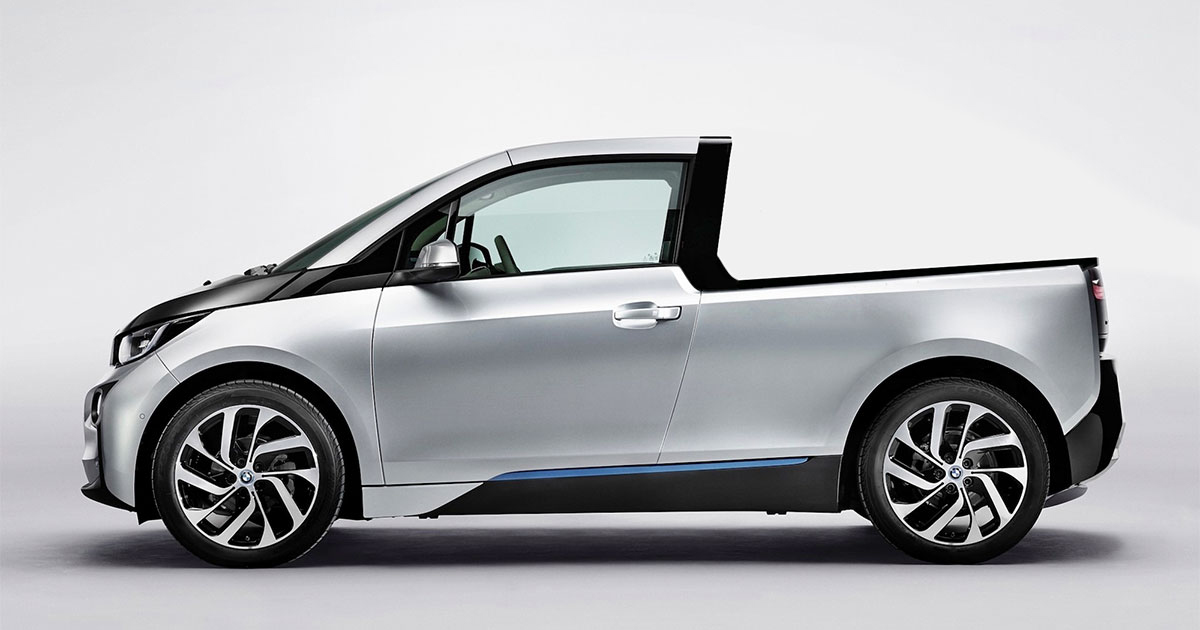 Exceptional vehicle concepts are not new to BMW. Some years ago, BMW surprised us all with the launch of the BMW M3 pick-up truck, based on the BMW M3 E93 Convertible. Ultimately the company told us about the car on April 1st, so everyone believed in an April Fool’s gift. But it turned out, the car was real. The exclusive M3 today serves as a transporter for the M company, even though not on a daily but regular base.

The same will await the brand new BMW i3 Pick-Up Truck.
Once again BMW chooses a special date to present the all-electric BMW i3 truck, which not only comes with an open space, but also with a more powerful battery. As rumored previous, the new battery will see an increase of capacity to 32.9 kWh (previously 22). The changes will push the BMW i3’s range to over 124 miles on the European testing cycle (230 km).

The new BMW i3 Pick-Up will not only be an eye-catcher, but also a sustainable supplier-car between different production locations of the BMW Group in Germany.
Thanks to its new range, the car can also manage larger distances. Like the one between the BMW Headquarter in Munich and the BMW i plant in Leipzig.
The two cities are connected by the A9 Autobahn. On the 420 kilometers, BMW and partner E.ON installed a fast charging network last fall. So the i3 can complete the race between the cities with just one or two stops, and each of them will take only 30 minutes thanks to fast charging.

The BMW pick-up will remain an exclusive single object, according to a spokesperson at BMW. The company sees an extraordinary ambassador to the streets in it; showing electromobility in a new way and untypical everyday scenarios.

In the past few months, BMW had already presented the i3 as an authority vehicle for police and firefighters.

The stronger battery in the BMW i3 production vehicle will be introduced over the coming months, BMW CEO Harald Krüger announced at the annual conference some weeks ago. Albeit an official launch date is not confirmed yet.

Update – April, 2nd
As you might have already anticipated, this hole article on BMW MOTOR SHOW BLOG about the BMW i3 Pick-Up Truck is … fake. It is our April Fools’ prank for 2016. We are sorry to disappoint everyone who thought it was real. But maybe, BMW is hearing you – we’ll never know 😉
We assure you: Every other information and photo you will find on BMW MOTOR SHOW BLOG is 100 % real and correct!