Although two other BMW cars draw attention to itself - the BMW M3 does not have to hide on the auto show in Detroit. Here is, why ... 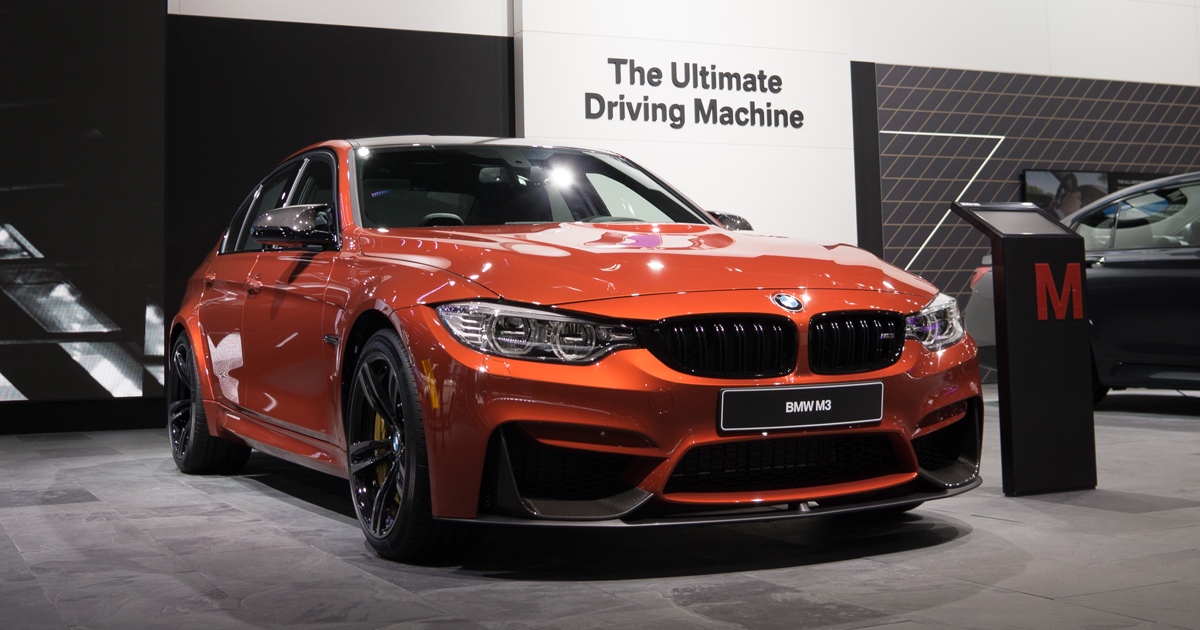 Undoubtedly, it is the diversity of colors, that dominate the BMW stand at the North American International Auto Show NAIAS in 2016. The highly regarded BMW M2 Coupe presents itself in Long Beach Blue, the BMW X4 M40i in Alpine White.

The color as such BMW fans did not see that often yet at the BMW M3. But that’s not the only thing that distinguishes the sedan on the BMW stand. Reason for that is, it bears numerous components from the BMW Individual-program of BMW M Performance.
On the sedan BMW shows a black kidney grille, a front splitter made of carbon as well as a rear spoiler and side-mirror caps, which also adapt the design of carbon.

Technically the BMW M3 remains unaffected. Under the hood you’ll find the powerful twin-turbo inline six-cylinder with 431 hp. The engine provides enough power to bring the car in 4.1 seconds from standstill to 60 mph.

New, though not yet shown live in Detroit, is the optional Competition Package for the BMW M3 and BMW M4 Coupe. This elicits, as with M5 and M6, the engine somewhat more power and is characterized by a further sharpened tuned suspension. You can order the Competition Package from spring then from factory direct.