600 HP, strictly limited to a production of 400 cars and an appearance that makes visitors of the IAA and booth employees alike instinctively reach for their cameras: The BMW M5 First Edition is the definite highlight in the M-corner of BMW's exhibition at the IAA 2017. 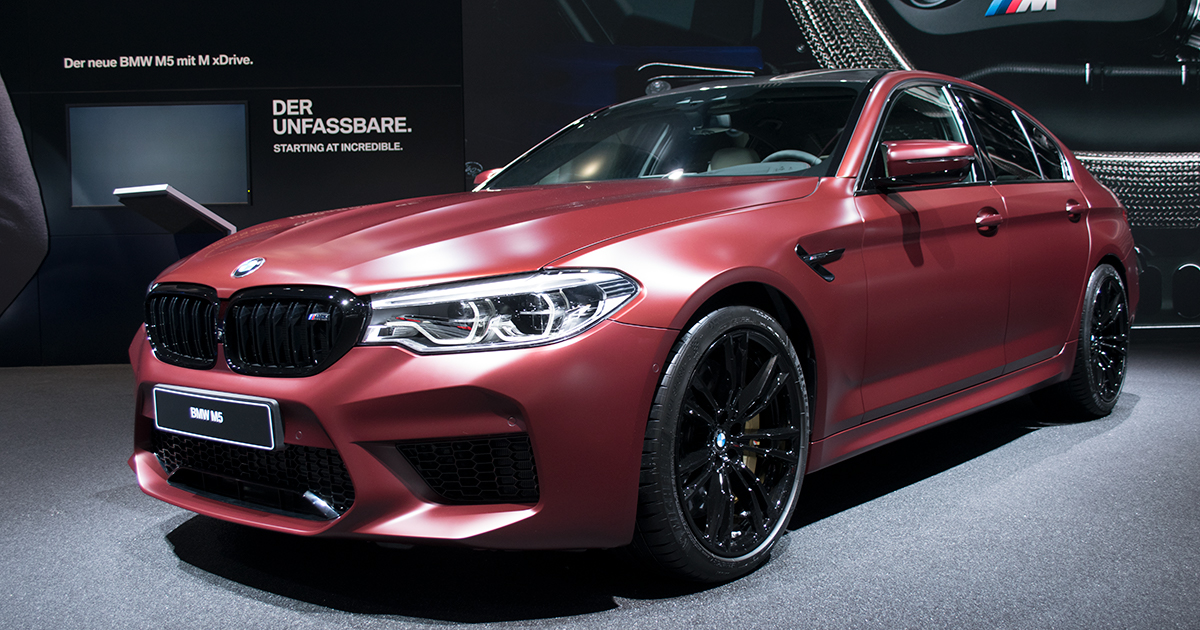 In part two of our detailed tour of BMW in Hall 11, we still had some scruples about actually taking a seat in the handsome BMW M5 limited first edition. Too new, too clean, too fingerprint-less was our first impression of the sports sedan with its fully smokey-white leather interior. Well, we did it anyway – and it was worth it. 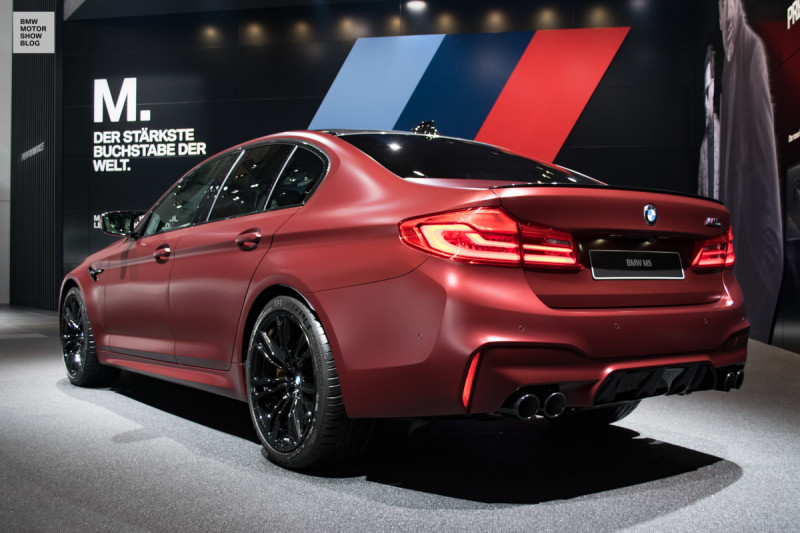 Frozen Dark Red is the full term for the noble matt finish of the special edition of the new BMW M5 2018, whose angles, sharply lit edges and muscles are perfectly accentuated by the IAA spotlights. All of the decorative trim is laid-out in the high-contrast polish Shadow Line. The glossy black double kidneys, side vents and consistently the four tail pipes of the fold controlled sport exhaust give it an even more aggressive look. 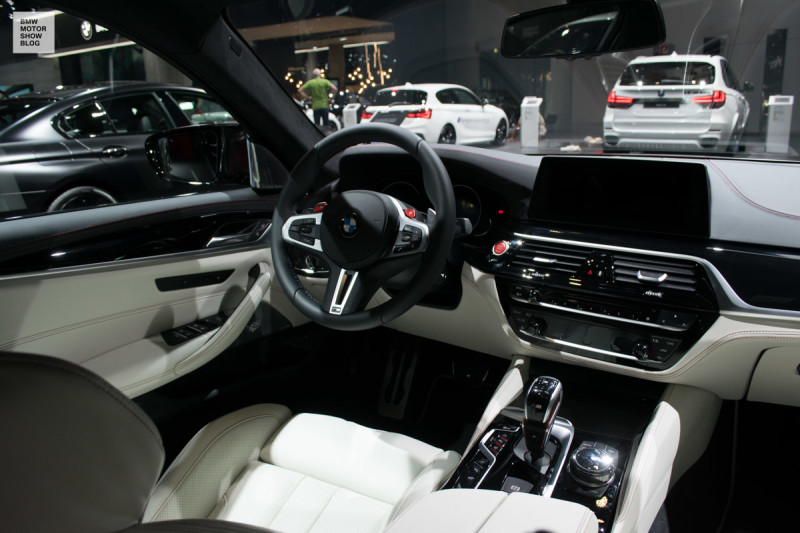 We pull the door open and cautiously take a seat. The show model has travelled a distance of three kilometers of BMW’s turf, a second BMW M5 First Edition periodically does its rounds on the spectacular near-by stage of BMW’s “Vision Loop”. The badge on the center console reads 1/400, right next to the gear selector of the eight-gear steptronic. 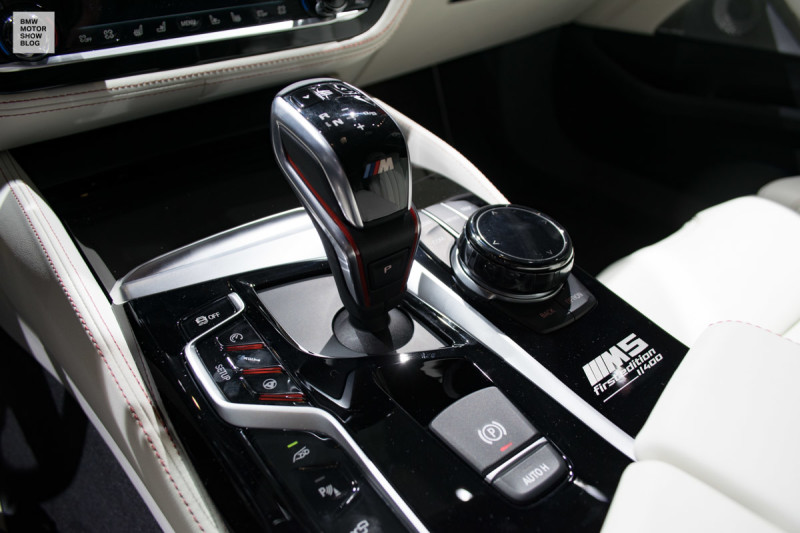 As usual, the M Ltd. from Garching has thoroughly updated the base model – inside and out. The two red M-buttons immediately catch our eye. They allow the driver to choose two preferred setup options that have to do with the engine, transmission, suspension and the newly developed AWD-system M xDrive. 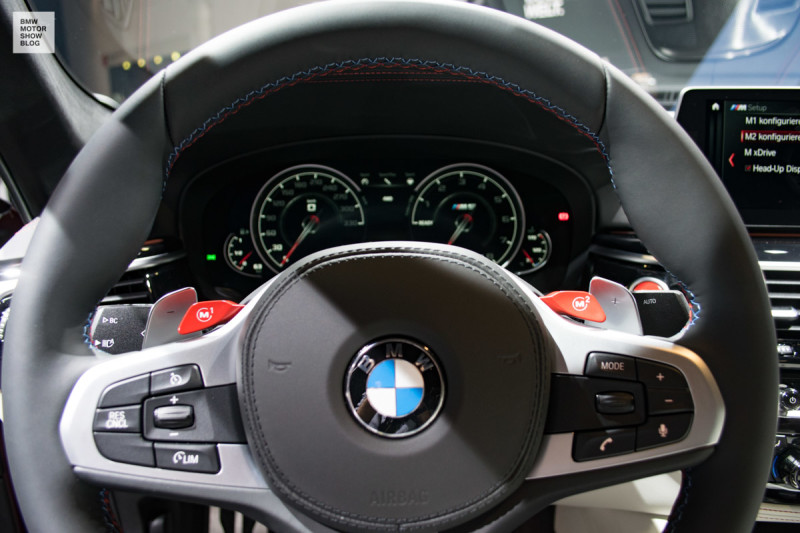 xDrive? Oh yes. As the first ever M5, this generation will be serially delivered with an AWD-system. Having said that, this progressive system can switch to rear wheel drive with the push of a button. The fingers slowly start to creep towards the start button. The 4.4 liter V8 bi-turbo engine provides 600 HP and accelerates the sports car with 750 Nm in 3.4 seconds from a stand still to 100 km/h… Enough dreaming. Time for the remaining exhibition highlights. 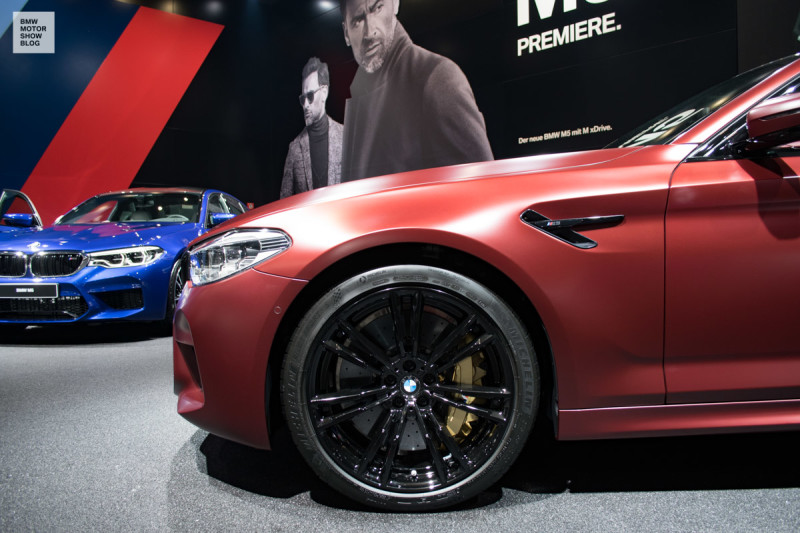 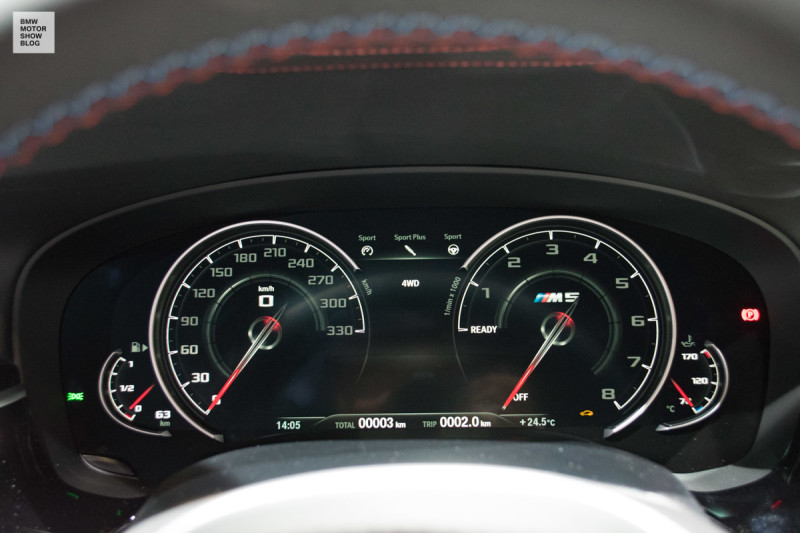