What were the highlights of the BMW press conference at 2018 NAIAS? Well, we let you know! 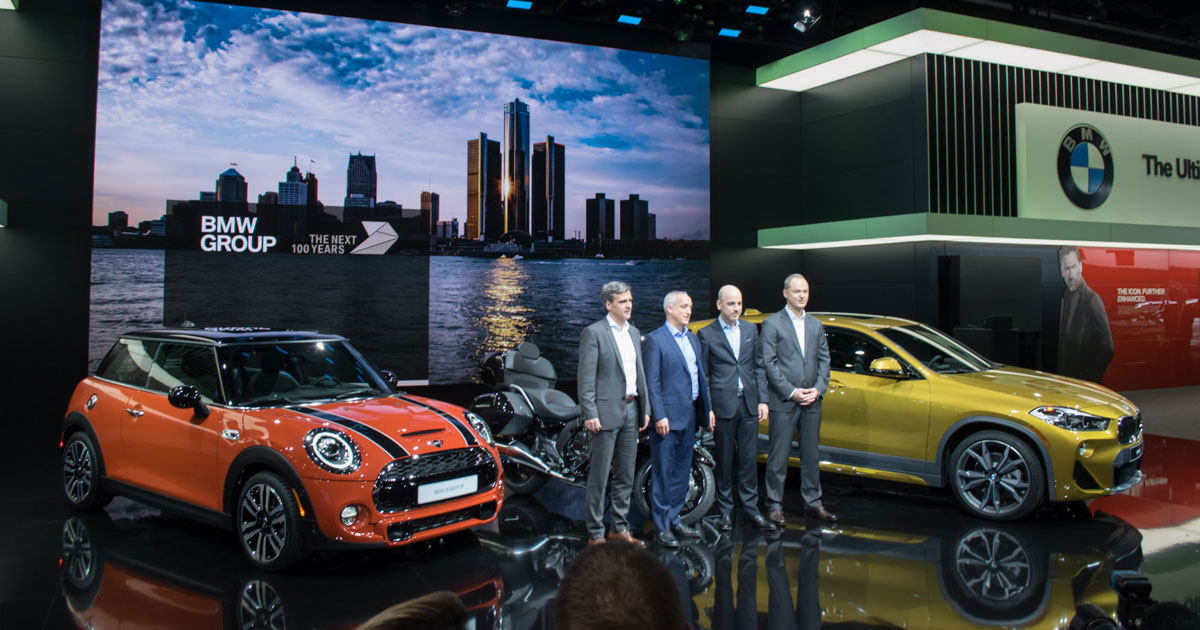 At the end of the BMW press conference Gesaffelstein’s “OPR” is hammering over the stage – pushing the representatives of the press off their seats. It is the soundtrack for something daringly new: the first-ever BMW X2.

The youngest member of the BMW X family celebrates its world premiere here in Detroit. A place, that could not fit better – in Detroit, everything is rougher, coarser and different. A perfect fit for the BMW X2.

But it’s worth to have a look at these numbers.

BMW had another strong year in 2017. Not only were more vehicles (+4.6 %) delivered overall, but also more electrified vehicles. For BMW i the US is the strongest market and, thanks to the world’s largest BMW plant in Spartanburg, has long since become a second home for the Munich-based company.

For Bernhard Kuhnt, his step on stage in Detroit was the first appearance at a major trade fair – the BMW Manager became CEO of BMW North America last March. Kuhnt is not only allowed to introduce the new BMW i8 Coupé to the world, but also to name its market the largest for BMW i at all. In fact, 7% of all BMWs sold in the US were electrified in 2017.

After Kuhnt, Dr. Nicolas Peter, Chief Financial Officer, entered the stage – or rather: he had been driven onto, with the new BMW X3. Peter led through last year’s numbers and announced the new BMW X4, which will be shown at a later date in the upcoming weeks.

Peter also reaffirms the route to the future for BMW: In 2018, the BMW X7, BMW 8 Series and BMW M8 will primarily expand the luxury segment.
But BMW i will also see a lot of progress over the next few years. With further iPerformance vehicles and the BMW iNext (over 500 kilometres of electric range and autonomous driving), the BMW Group will expand its portfolio of electrified vehicles.

BMW Motorrad and MINI are also strongly represented in the US market and continue to be successful. More information can be found here – have a look at the BMW press conference.

At the end of the press conference, the rebel in the X family dashes onto the stage and the journalists’ cameras click to go: “All eyes on me!”
During the next few days, the BMW X2 will certainly be on focus for plenty of photos and heated discussions at the BMW stand. Its unusual design makes the car standing out from the normal BMW brand image. He’s not Everbody’s Darling – and he doesn’t want to be.
We are curious to see how the people in Detroit will welcome the X2. Starting today, journalists and business representatives will be allowed to join NAIAS, before the fair opens its doors to public from 20 January onwards.