Cars and Cobo make Detroit stand out - when NAIAS 2016 starts, a refreshed Cobo Center will delight staff and visitors. 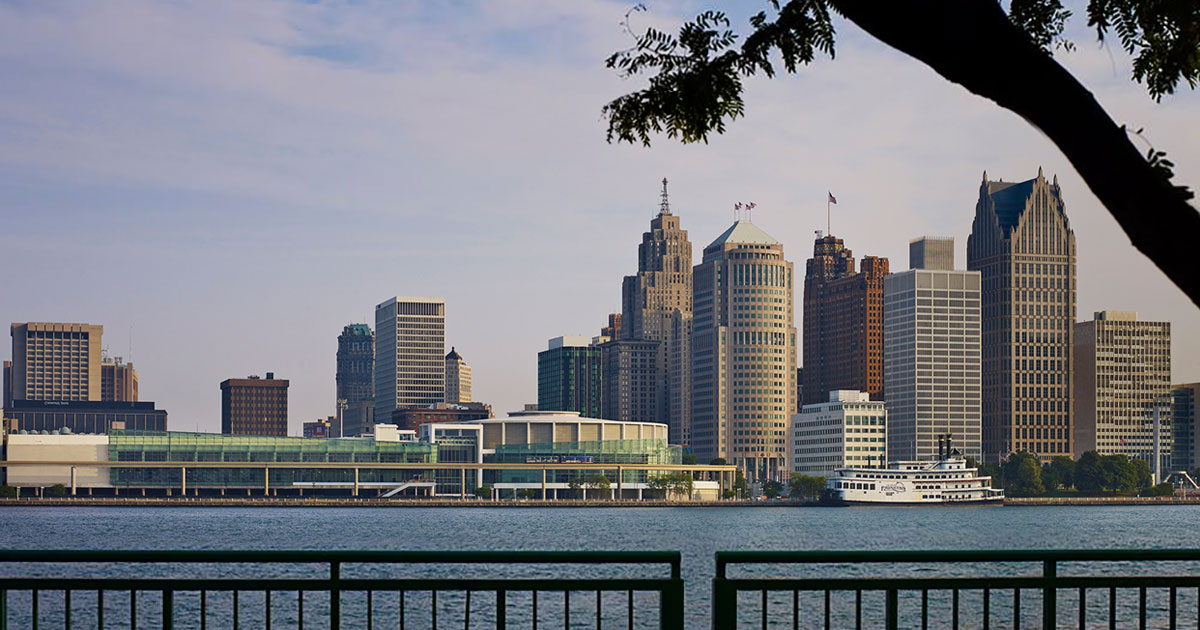 Grand style isn’t a common expression one would typically associate with the city of Detroit. But when the North American International Auto Show (NAIAS) will open its gates to visitors from all over the world in the coming days, they will find exactly this – grand style!

However, this will not only be justified by the numerous World and North American premieres from the automobile world – like the debut of the BMW M2 or BMW X4 M40i – but also by the exhibition center itself, the Cobo Center. After five years and investments of up to $280 million the 67,400 square feet complex shines up in new brilliance.

Visitors who attended the shows in the past years may recognize the big changes at two dedicated places. One place is at the entrance on Jefferson Avenue where a 12,755 inch video wall was installed. Additionally, there is the new front riverside the Cobo Center. The previous wall was simply replaced with huge windows in order to provide a marvelous view on the Detroit River.
But that’s not all. Additionally, new climate control systems and lights were installed, the carpet is completely renewed and – most important for today’s media journalists – a stable and reliable WiFi network is now accessible. Also the connections to public transportation were enhanced. And a new food corner invites visitors to stay for a while.

The reworked, or should I more precisely write new?, Cobo Center will open for press on the 11th January. From Monday on more than 5,000 journalists can convince there self of the refurbished Cobo Center, before about 800,000 people will visit the exhibition halls.

What people will think about Cobo is not just important to the NAIAS: “The North American International Auto Show is critically important to the region and the state of Michigan”, explains Larry Alexander, president and CEO of the Detroit Metro Convention & Visitors Bureau. There will be more than 800,000 people from all over the world in Detroit during the NAIAS, which has also great impact on the hotel industry as well as on restaurants, bars, and on the overall reputation of the city.

By the way, constructions for the NAIAS are already ongoing for several weeks. Since 19th October craftsmen and trade fair constructors work hand in hand. The auto show takes 12 weeks to install by 1,500 union workers and will showcase over 750 vehicles over all. Cobo Center also opens new possibilities for the exhibiting automotive companies and their crew. Thanks to the new technological possibilities and a redesigned floor space, the exhibition stands can now also meet higher standards. Furthermore it was possible to change the floor plan in 2016, to follow the needs of the exhibiting companies in a better way.

Thomas Gigold will cover the NAIAS in Detroit live at the BMW MOTOR SHOW, starting from 11th of January. The motor show will see the world premiere of the BMW M2 as well as the BMW X4 M40i. You may follow us via Facebook, Twitter or Instagram.