Detroit starts with a North Pole-ian feel into a new year … and the weather is not about to change. 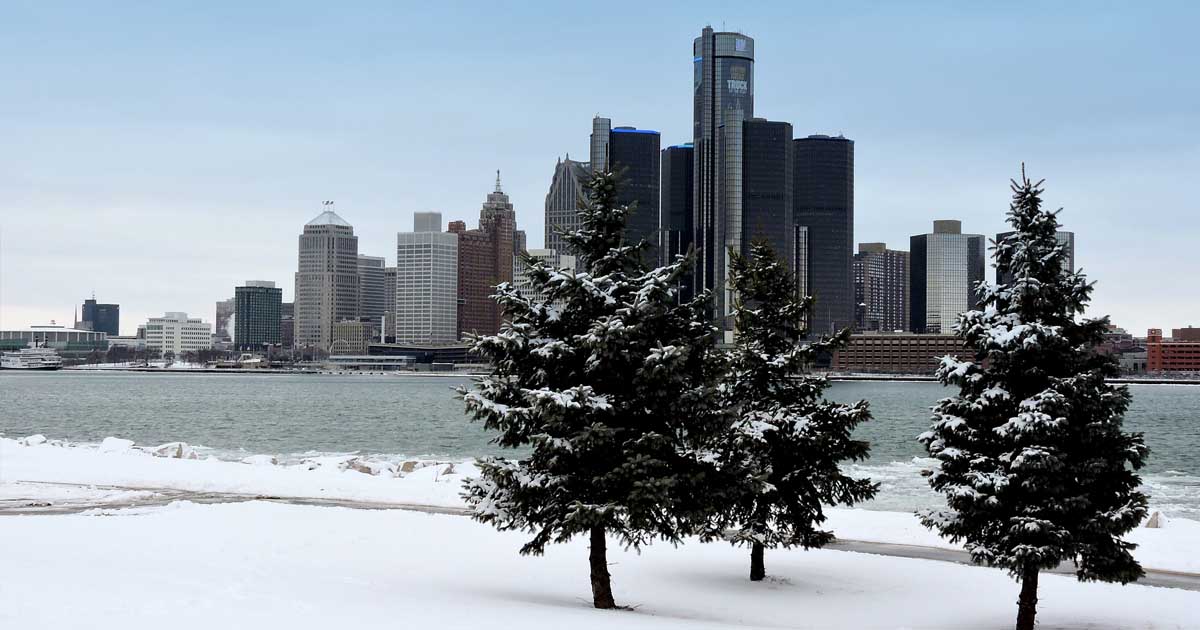 Oh, you might want to get a second pair of long underwear before you board that plane with destination Detroit! Because the best way to sum up what the weather’s going to be like is BRRRRRR …

So, December in Metro Detroit already has received about 170 % more snow than usual.Albeit the snow squalls are gone, they are replaced by an arctic cold that may stay for a while. In fact, 2018 will not bring any change for this unusual weather, according to the National Weather Service.

Detroit never have been the sunniest place for a motor show. But 2018 could be really hard for some of the thousands of journalists travelling to the city.

At this very moment the arctic blast brings the coldest air so far this season to Detroit. Lows near 20 degrees Celcius are predicted, nearly 10 degrees celcius below normal for late December.
For Motown, the coldest New Year’s Eve was -20 degrees celcius – in 1976. Even though this time, it will not be that cold, it will feel colder than that! And the NWS Climate Prediction Center shows Michigan in a zone expected to receive above-average precipitation with below-average temperatures for the upcoming eight weeks.

So you might want to shop more thick wool socks and a pair of long john’s or legwarmers. At least, if you want to take a walk around the Cobo Center, when you stay here. Otherwise, we are pretty sure you‘ll see some serious hot stuff for your well being at the NAIAS …

Picture: Detroit Skyline from Windsor by Andrea_44 via Flickr, CC BY 2.0 Licence