Electrification has been part of BMW's everyday business for almost 10 years. Now, the company is stepping up its own efforts once again. 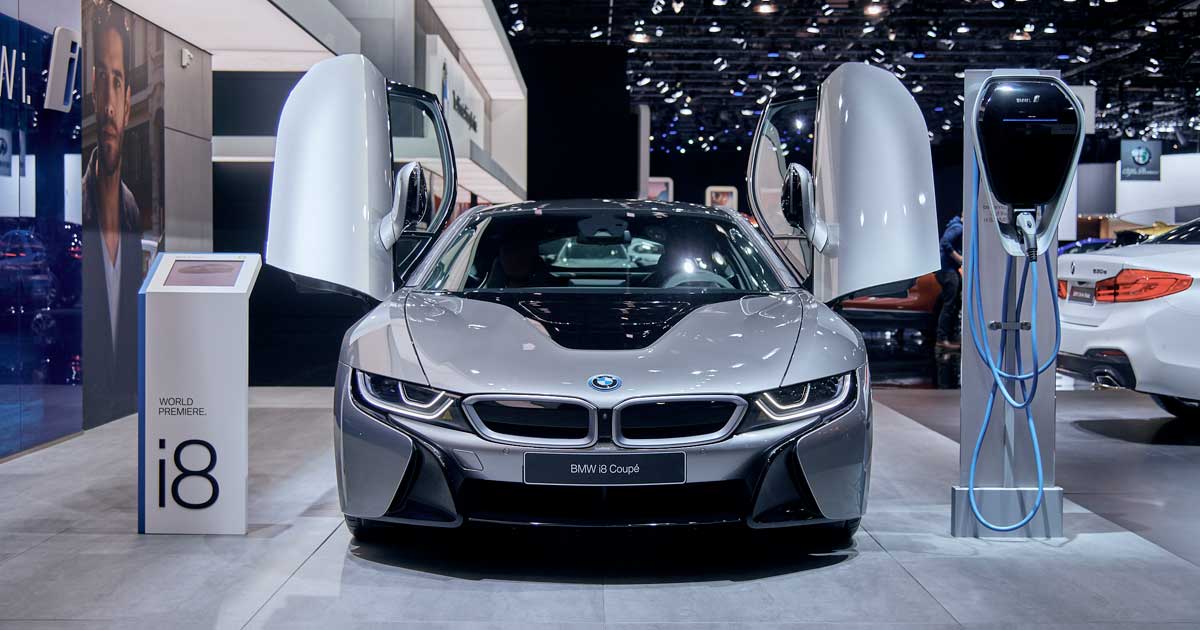 Petroleum products still power nearly all the cars driving the world’s highways. But something new is stirring. We call it Elektrifizierung. 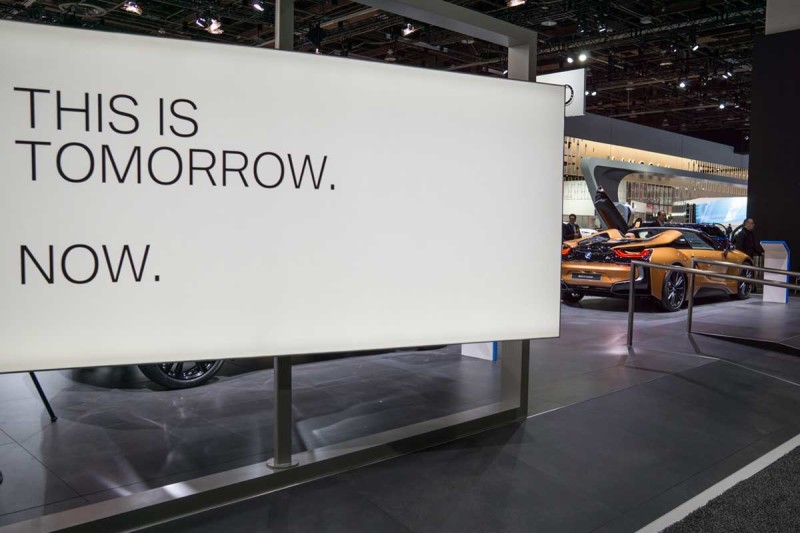 Visitors who walk past BMW’s exhibit at NAIAS encounter a huge sign declaring „This is tomorrow. Now.“. This future began to take shape at BMW back in 2013 with the start of sales for the BMW i3. And the company is in a transition, promising 25 electrified models by 2025.
For BMW, „electric mobility is the new normal“, BMW board member Klaus Fröhlich told reporters a few days ago. And so, the company’s most recent entry in this segment is the plug-in hybrid BMW i8 Roadster sports car.

But the ‚new normal‘ is about more than just a Roadster.

Four years after its launch, sales of the BMW i3 grew in 2017 by 23.3% to total 31,482 worldwide. The plug-in hybrid BMW iPerformance vehicles also continue to grow, with sales almost doubling to total 63,605. Launched in June 2017, the MINI Countryman plug-in hybrid also made a significant contribution to boosting the BMW Group’s electrified sales, with a total of 5,799 delivered to customers around the world.

Yes, the demand for electrified vehicles remains at a fraction of total auto sales, with BMW’s target paling compared to total 2017 deliveries of 2.46 million vehicles.

But this is not the point to stop.
So the BMW Grouß plans an increase to 150,000 electrified cars sold in 2018, which would represent another 50 percent rise from 2017. And by the end of 2019, the company aims to have at least half a million electrified BMW Group vehicles on the road. On the back of steadily increasing sales, the BMW Group is expecting 15 – 25% of all vehicles sold by its brands to be powered by an all-electric or plug-in hybrid drive system as early as 2025.

BMW’s electric push coincides with the biggest transformation for the industry in decades. And the company is not only already pointing the way into this new world, it has put in place a clear strategy for it.
In 2017, BMW spend some 7 billion euros on research and development – as much as 2011 and 2012 combined, when the BMW i3 and BMW i8 were on their high-point of development.

And the next steps are already ahead.
After the launch of the BMW i8 Roadster, the BMW Group is up for the next: an electric MINI in 2019, followed by a battery-powered BMW X3 in 2020 and the BMW iNext in 2021. Also for every new, upcoming model, there will be a plug-in hybrid version.

BMW is ready for the future. Are you? Because, Sheer Driving Pleasure tomorrow will be powered by electrification.