Today, the all-new BMW M2 and all-new BMW X4 M40i made their world debut at the 2016 North American International Auto Show in Detroit. We show you the photos from press conference. 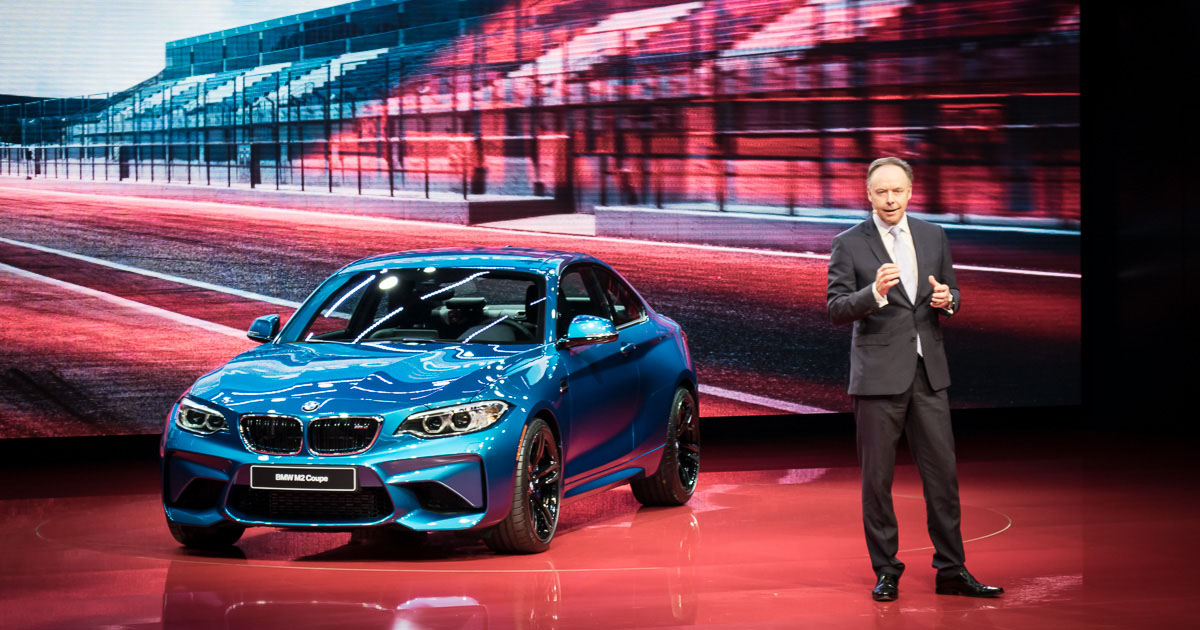 Making its highly anticipated world debut: the first ever BMW M2 and the BMW X4 M40i.

Here are some shots right from the BMW press conference, which you may watch here as a re-live streaming!

Beside the BMW M2 and the BMW X4 M40i was the BMW 2002 turbo a star on the stage. As the Oldtimer wrote history to position BMW as a sporty car-manufacturer in the US, the new BMW M2 is set in the tradition of the beauty back from the old times. Also, the BMW 2002 turbo was the first car of a german manufacturer featuring a turbo engine.