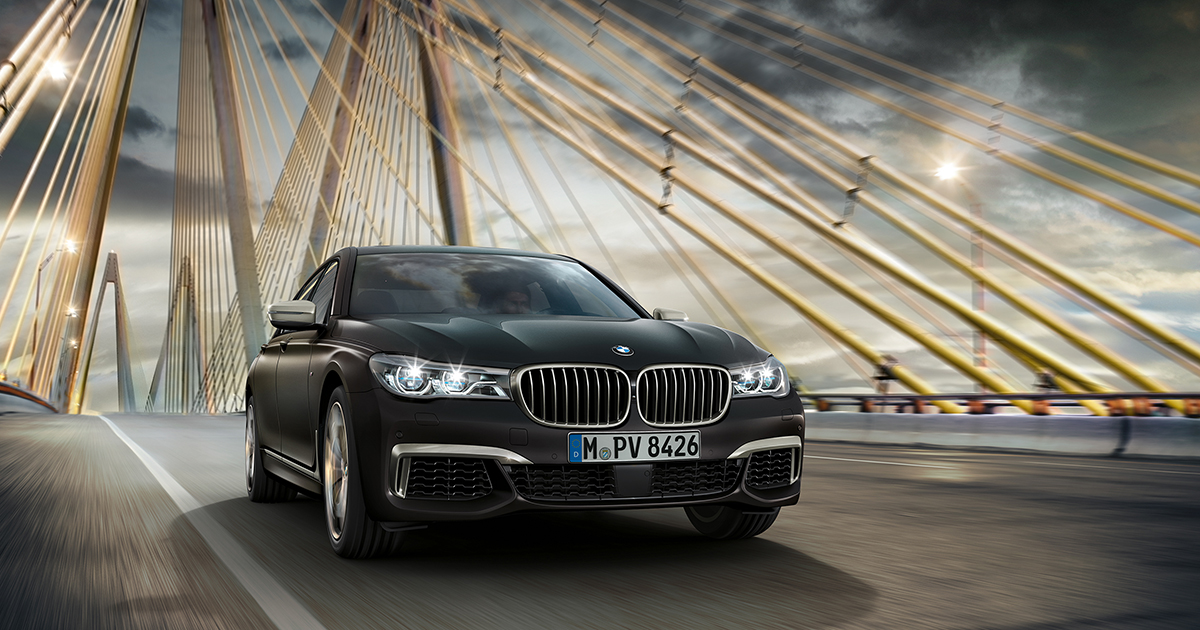 With the new BMW M760Li xDrive, the freshly launched new BMW 7 Series gains a prestigious flagship model. Heart of it is a 12-cylinder petrol engine under the bonnet, which reinforces the new car’s range-topping status. It will debut at the Auto Show in Geneva in March 2016.

The boldly dynamic driving characteristics of the BMW M760Li xDrive combine with superior ride comfort to make a compelling statement and set a new benchmark in the luxury sedan segment.

Power transfer is via the state-of-the-art eight-speed Steptronic Sport transmission as standard. The M Performance-specific tuning of the shift programs, delivering sportier gear changes and more instantaneous downshifts throughout the rev range, has been specially adapted to the characteristics of the V12 engine.

The new BMW 7 Series M Performance Automobile comes with the innovative Executive Drive Pro suspension system, which we already showed you in a video some time ago. 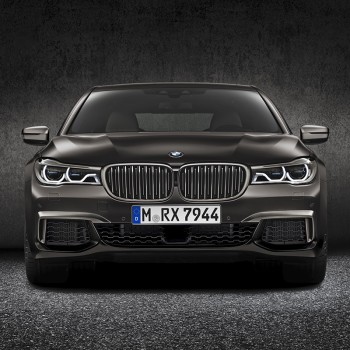 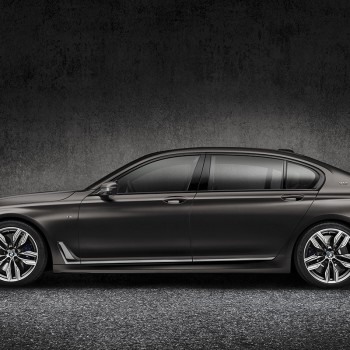 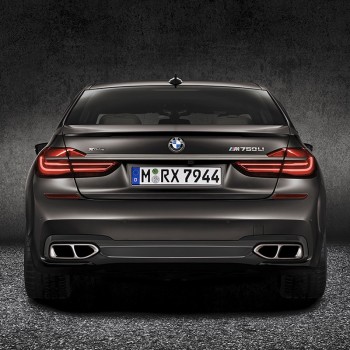 In its exterior appearance alone, the new BMW M760Li xDrive embodies the dynamic mission statement of the BMW M Performance Automobiles with unmistakable clarity. The M aerodynamic package with larger air intakes in the front apron and exclusive 20-inch M light-alloy wheels in double-spoke 760M design with matt Cerium Grey finish guarantee an elegantly sporty appearance.
The exclusive galvanised Cerium Grey finish for the kidney grille frame and the fronts of the grille bars, along with other elements subtly highlighting the special status of this very unique BMW. Other notable exterior features include the mirror caps, likewise in Cerium Grey, V12 badges on the C-pillars and the M logos on the sides of the car.
A new M sports exhaust system with flap control generates an emotionally rich V12 soundtrack and adds the finishing touches.

The now familiar BMW M Performance character is also present and correct inside the car, including door sill plates with an illuminated V12 logo as well as M pedals. The area of the centre console around the selector level is adorned with a BMW Individual decorative inlay in Piano Finish Black and with V12 badging.

The new BMW flagship will debut at the Motor Show in Geneva, from where we will report all the news live starting March 1st, 2016. Follow the BMW MOTOR SHOW BLOG on Facebook and Instagram to get all the coverage.