Not only engines define the sound of Detroit. In fact, the city has two souls which determine its sound: Engines and Jazz music from the record label Motown. 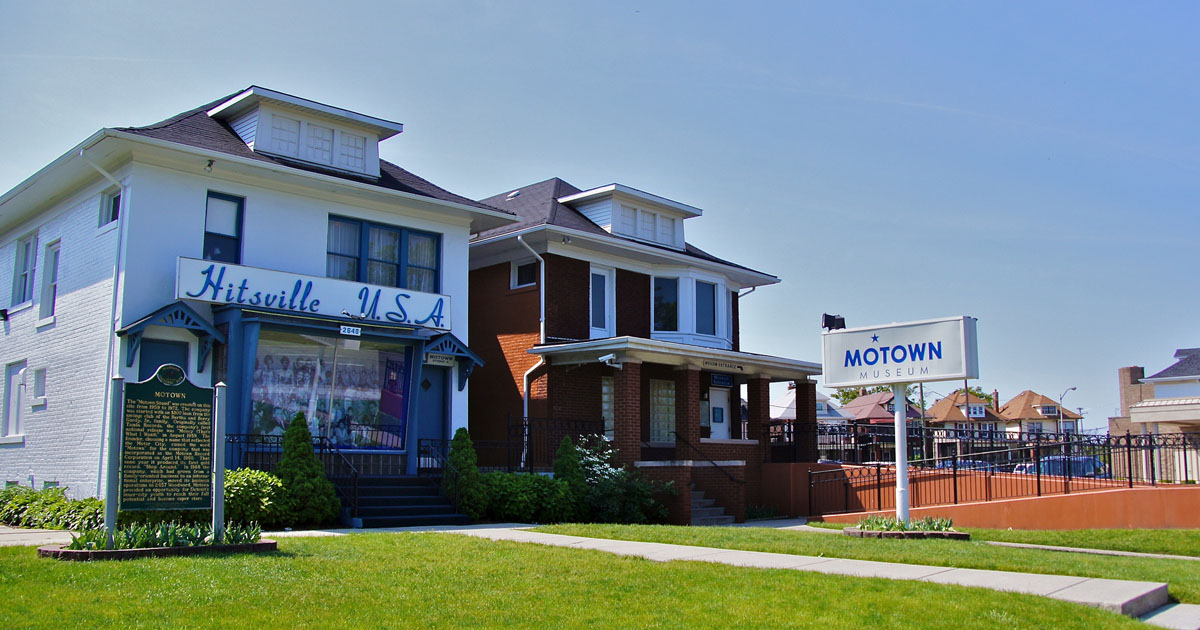 John Lee Hooker was a simple man. He grew up with 10 brothers and sisters in the poor south of the United States and moved with 17 years to the cold city of Detroit, Michigan in 1934. In the booming night clubs of the city he tried to make a name as a musician. He muddled through the day as a worker at the Ford Motor Company, while he spent his nights in the clubs of the town. Finally, in 1948, he was invited to record his first album with 10 songs, transforming the unknown, black factory worker into a popular music star in the United States.

Detroit is closely connected to two cultural styles, namely the automobile and jazz. The city, located at the Lake Michigan, was musically characterized by born citizens like Aretha Franklin or the mentioned John Lee Hooker. The record label Motown didn’t just made Detroit known all over the world for its music. Motown also gave the city a new title with its short version of the previous nickname “Motor Town”.

Today a museum remembers its visitors of the glory times between 1960 and 1972. It is located where the great musicians, such as Steve Wonder, Diana Ross, Marvin Gaye or the Jackson Five recorded their first songs: 2648 West Grand Blvd, Detroit, Michigan 48208.

During 1961 to 1972 Motown recorded up to 110 Top-10 songs in the single-family home. This impressive number came to an end but the record label didn’t close its doors for new artists and musicians.

In the last centuries new singers and song writers, such as Alice Cooper, Eminem and The White Stripes, embodied the identity of Detroit. New songs from the House and Techno scene are coming from the rough north and stimulate today’s culture.

Once every year the history of music connects with Detroit’s other soul – the automobile – when the North American International Auto Show (NAIAS) conquers the city. The biggest auto show in the United States is held at the Cobo Center. The Cobo Center offers a total space of 67,400 square meters, making it one of the biggest concert and exhibition halls in the world. However, between the 11th and 24th January there are no music stars rocking the hall. The stage will be set for the auto makers from all over the world. Only the Steve Miller Band will perform live music on the 15th January during the charity-preview event.

Although you aren’t able to listen to the concert you can enjoy the rich sound of BMW’s world premiere in Detroit – the all-new and first-ever BMW M2 in our video!

Of course the picture of the Motown Museum is not a recent one, as it snows in Detroit permanently at the Moment. It is from Ted Eytan: Motown Museum via flickr under Creative Commons.