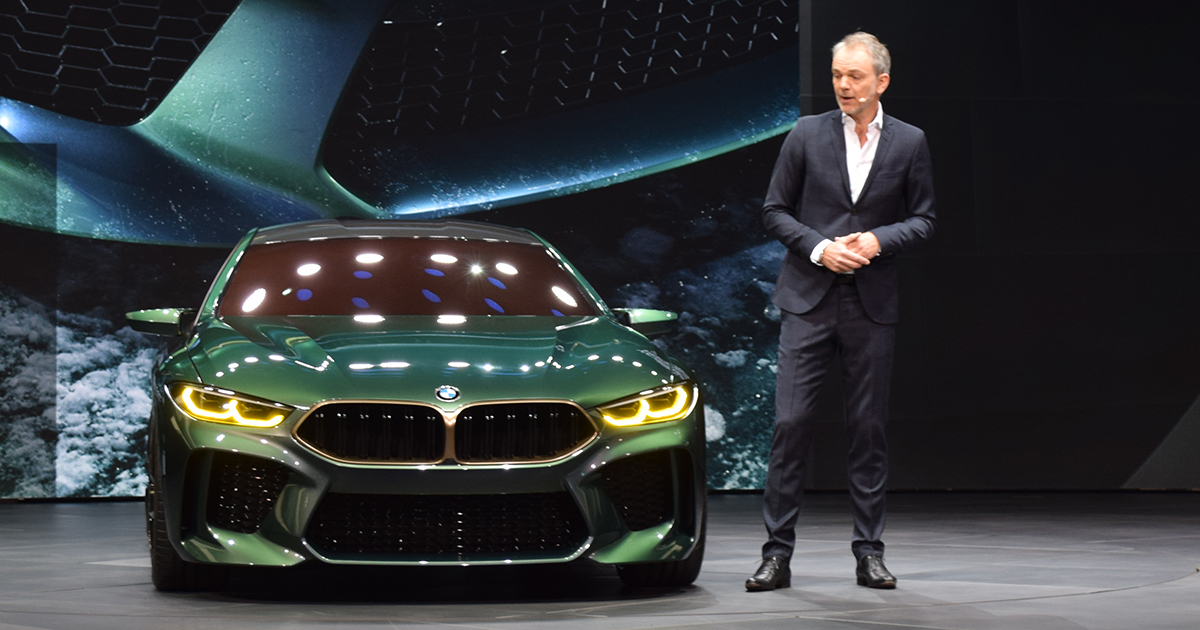 BMW is currently running the largest product offensive in the company’s history and the Munich team is set to present a completely new vehicle or a facelift model nearly every month. With the BMW X2 and X4, two new SUVs have already been unveiled in the “Year of the X” since the beginning of January alone – and BMW also has big plans in the luxury segment.

At a press conference on March 6th, BMW design chief Adrian van Hooydonk presented a spectacular near-to-production concept in front of the assembled world press and subsequently as a live video online: The BMW M8 Gran Coupe is intended to provide a preview of the upcoming BMW 8 Series product family.

If you missed the online premiere of the four-door coupé in the exclusively created “Salève Vert” color, you can now take a look at the video here again – and have the design of the concept personally explained by the chief designer.